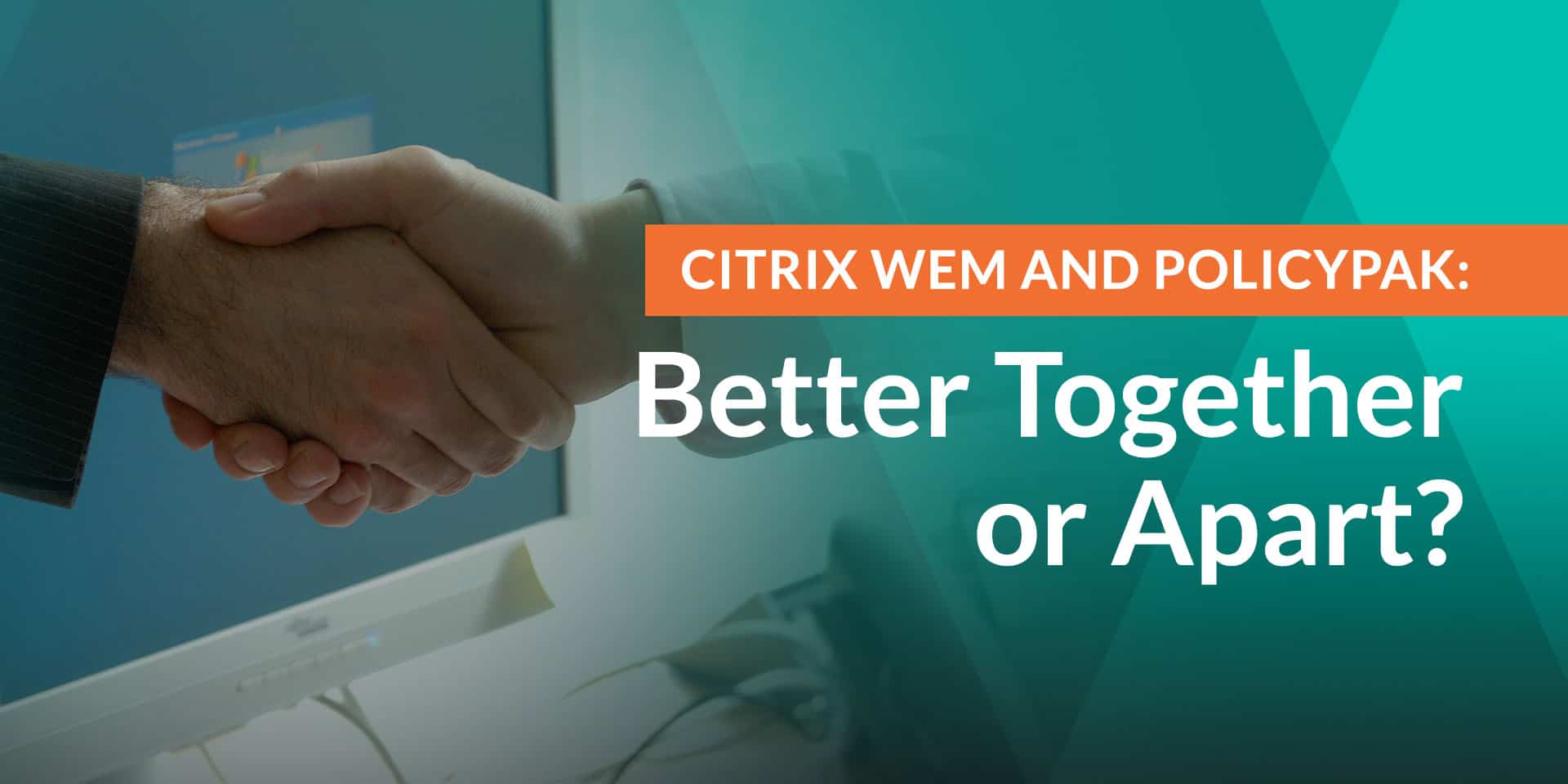 Citrix WEM and PolicyPak: Better Together or Apart?

Time and again PolicyPak is lauded for making life easier for Citrix admins. However, from time to time, we are compared to a product that Citrix sells called Workspace Environment Manager (WEM).

So does PolicyPak compete with or complement Citrix WEM? To sort out how WEM fits into our customers’ Citrix plans and where PolicyPak fills in the gaps, our CTO Jeremy Moskowitz interviewed Ryan Revord, Citrix CTP, and Hal Lange, WEM expert and former Citrix CTP.

According to Hal, the primary goal of WEM is improved user experience. As a history lesson, Pierre Marmignon, the man behind CitrixTool.net, had an idea to bypass GPOs, because some customers would overuse them, or didn’t have access to edit them or apply them toward Citrix.

Additionally, he created a system to optimize CPU, RAM, and I/O on Citrix, strictly using standard .NET Windows calls. Together, he combined these ideas together to create WEM.

But PolicyPak’s job is not to bypass GPOs; PolicyPak can fill in gaps where Group Policy and other tools cannot. So where does PolicyPak fit in with WEM?

To start, there are many key needs which PolicyPak addresses that WEM does not. For example, PolicyPak’s Browser Router component gives you the ability to control which browser will start based upon URL patterns. And with Java Rules Manager you can guarantee any web app will work with the specific version of Java that you choose. WEM can not do either of these things. And maybe most importantly, PolicyPak’s Least Privilege Manager can elevate processes and installs, eliminating the need to provide users local admin rights.

Check out the full Q&A to get more details on how Citrix WEM and PolicyPak are better together.