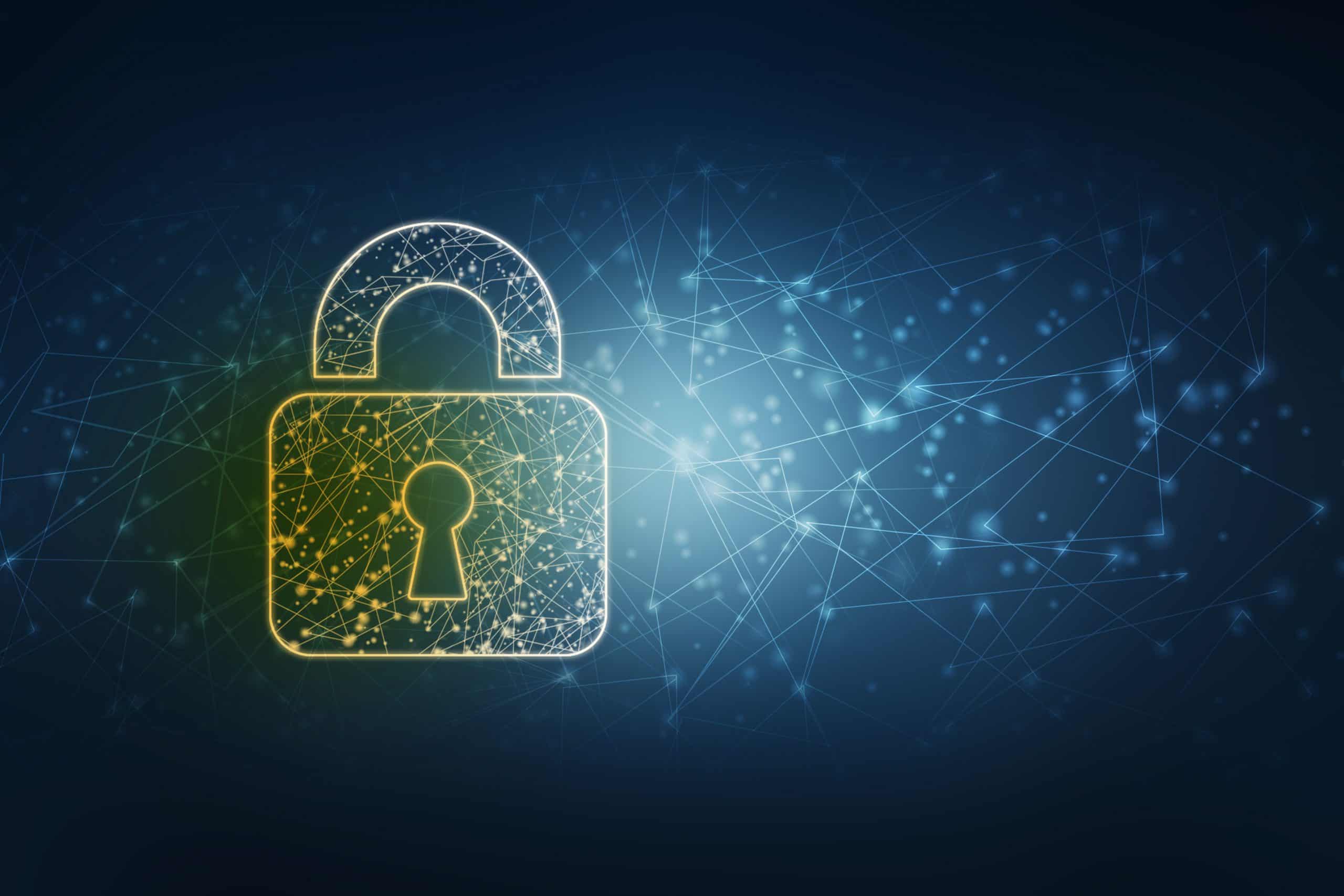 What is the anatomy of a compromise? In the cases of Target, Home Depot, and many more companies, stolen credentials lead to the compromise of millions of credit card numbers.

Credentials are typically stolen in a few ways:

How can you help protect your environment from these issues? There are three “low tech ways” to get started:

But what happens when these low tech methods are not effective enough? Humans are prone to making mistakes, passwords can still be guessed, software can have unknown vulnerabilities, and sometimes we need some technical backup against the bad guys.

To help Microsoft has also introduced a technology in Windows 10 called Credential Guard.

Credential Guard is designed to help protect credentials from being stolen by malicious programs like the Trojan that stole the credentials in the Target compromise.

Without Credential Guard enabled, malicious programs and actors are able to dump credentials from the Local Security Authority. An attacker might get a user to click on a compromised link or run malicious software which will then allow the bad actor to extract the users credentials. A proof-of-concept example of that can be seen here. 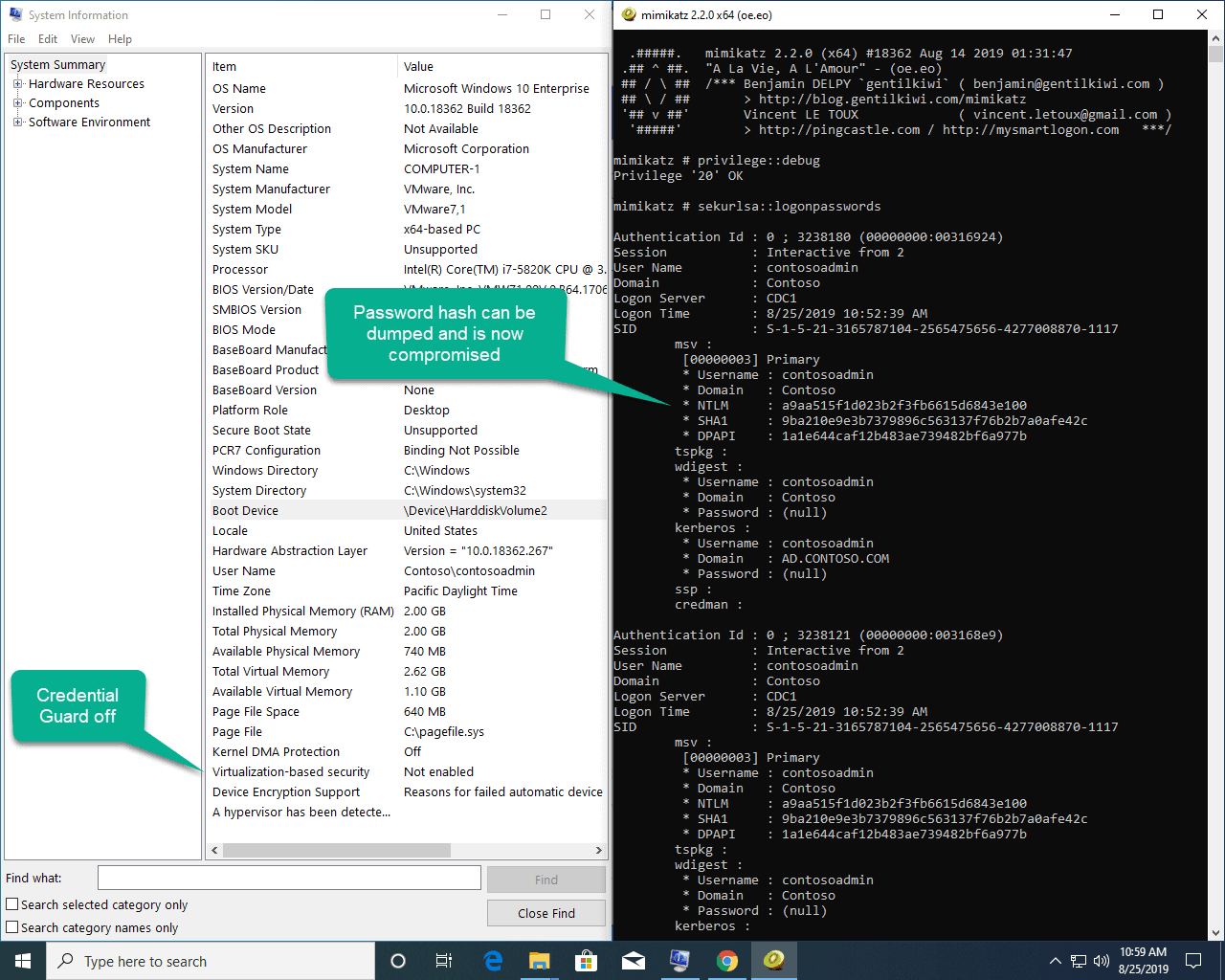 Protecting your credentials with Credential Guard

Credential Guard is built into Windows 10 Enterprise and Windows Server 2016. To do its work, it uses virtualization-based security to isolate credentials.

These are isolated from advanced malicious applications running, even programs running with administrative access. These credentials are stored in a VM which is tied to the TPM chip on the physical machine which makes cracking the credentials not possible (as of this writing.)

The base requirements to run Credential Guard on a platform are: 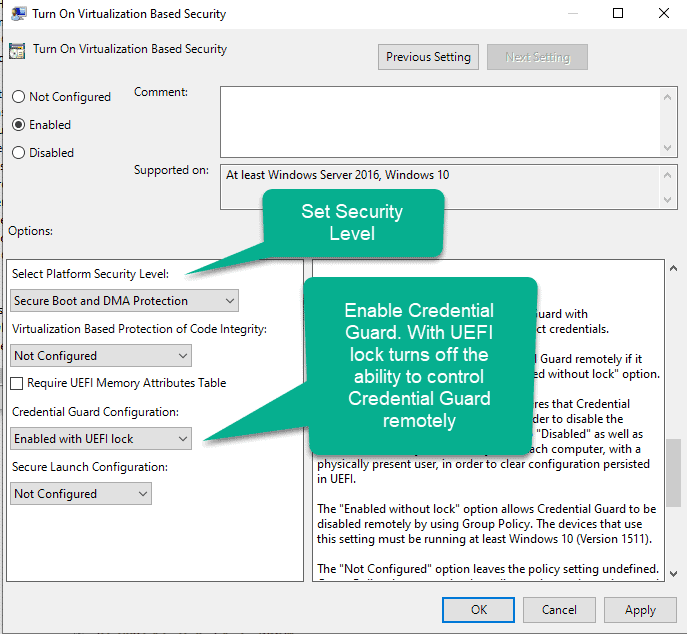 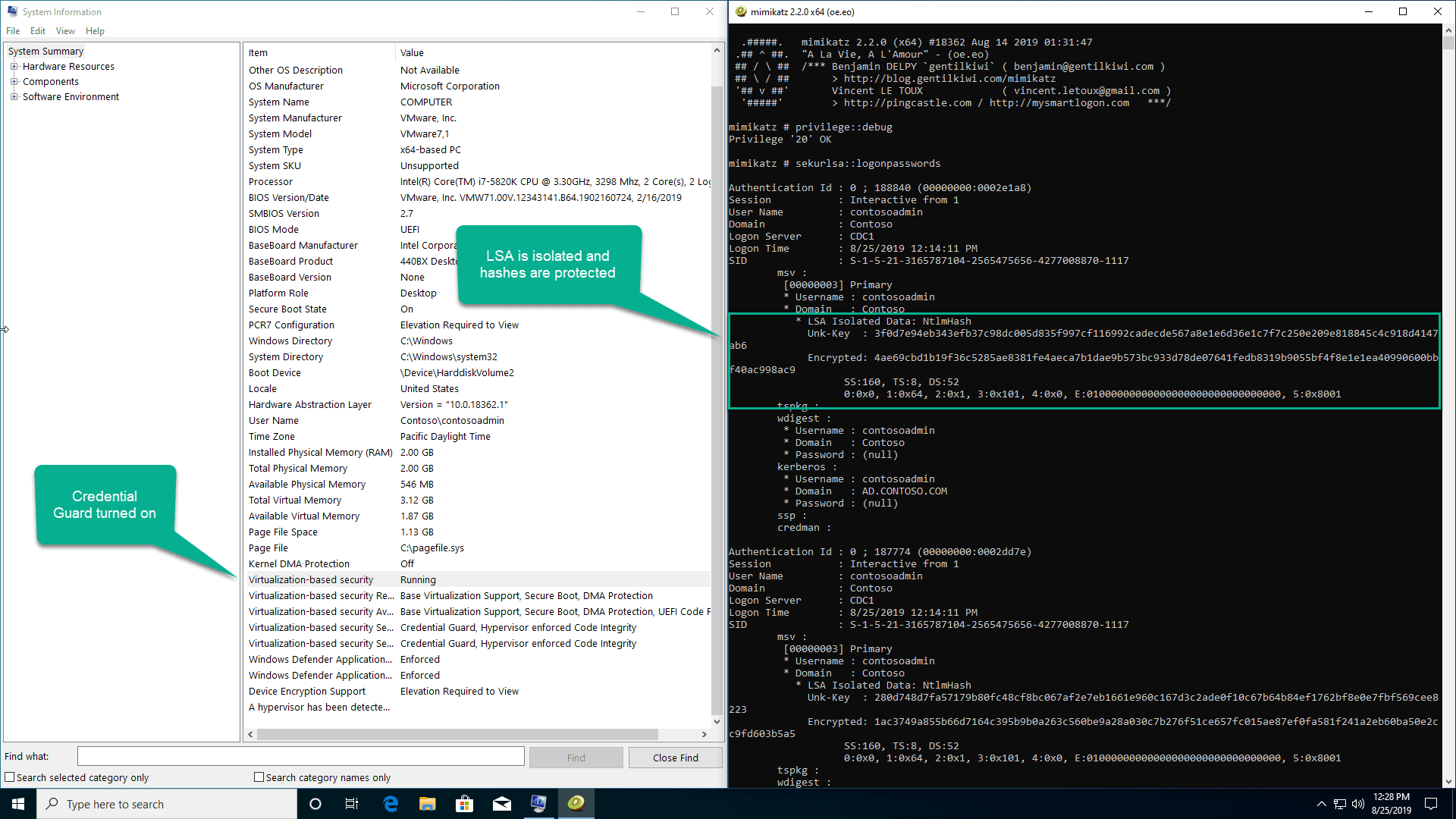 Credential Guard appears to be a great security tool; so what’s the catch?

With PolicyPak SecureRun, you can! SecureRun does the job of a complicated whitelisting policy without the complication!

Let’s create a secure run Policy and then check back in with the program that steals credentials.
Create a new GPO, expand the Computer Configuration node, expand the PolicyPak node, select Least Privilege Manager, and add a new SecureRun Policy. 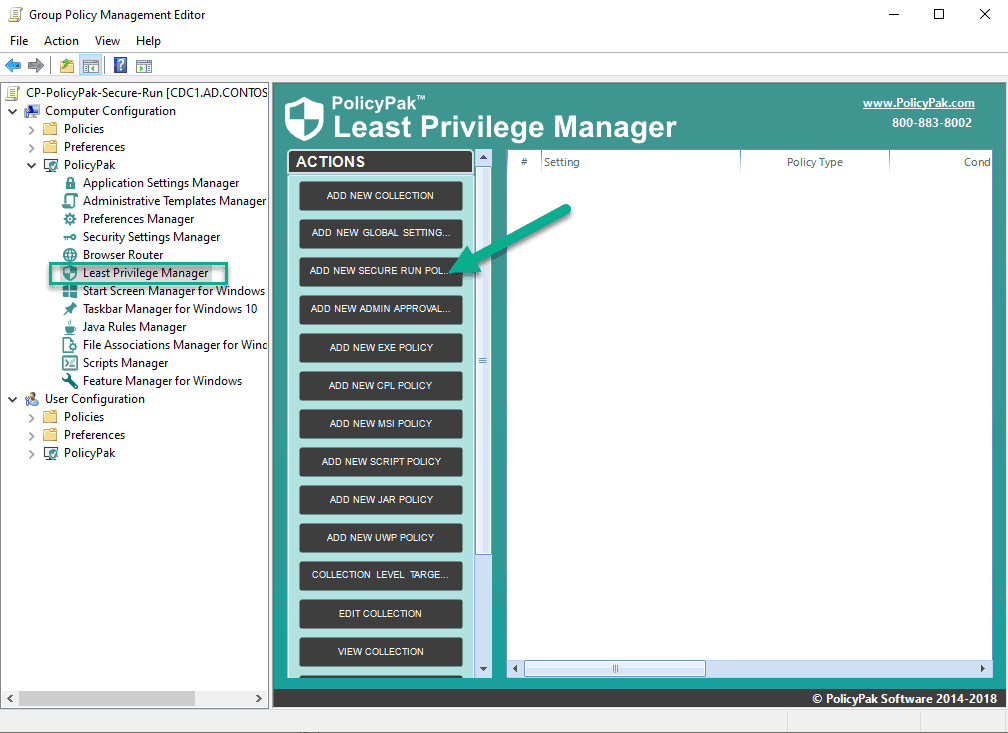 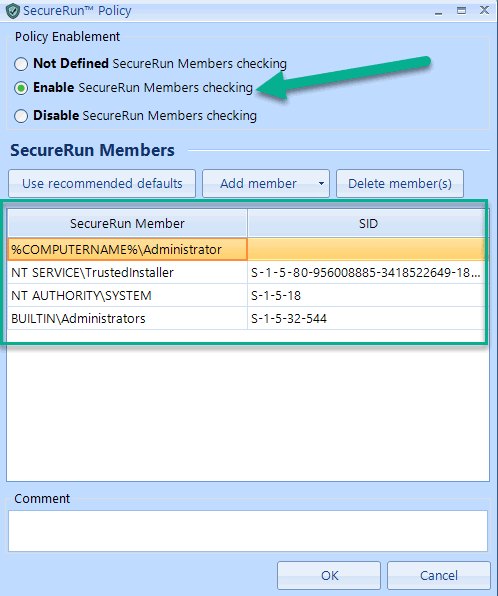 How does SecureRun work? SecureRun checks the file owner of the program against the user list you specified in the policy.

Programs that are authorized to run and legitimately installed by the Admin, or via SCCM or something similar will show up like this. Here’s an example of a properly-installed application like Adobe Reader. 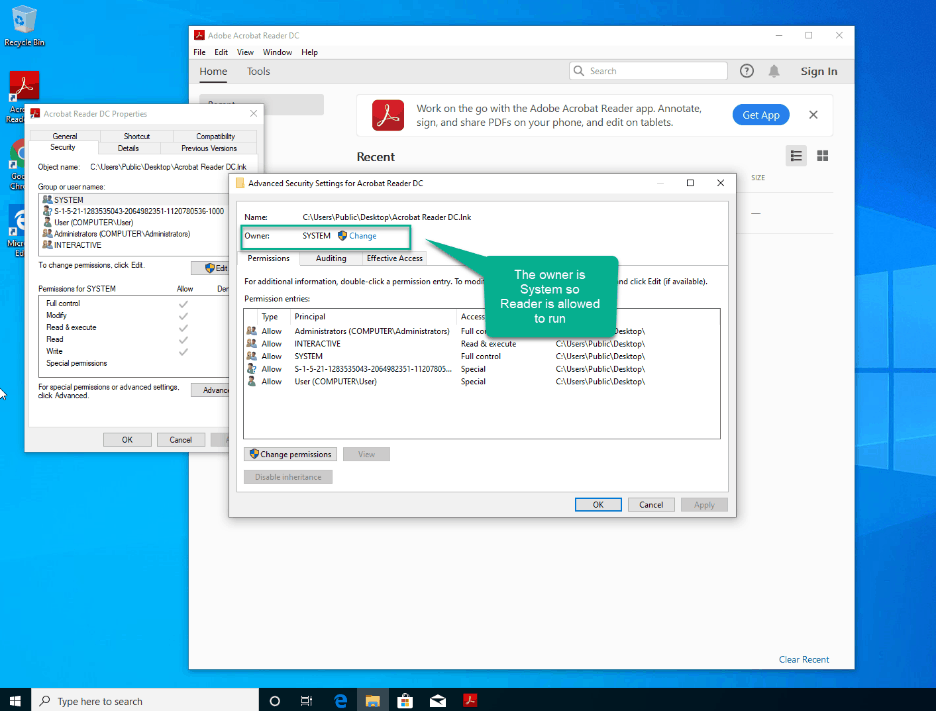 But the downloaded-by-a-user program which is malicious gets automatically blocked thanks to PolicyPak SecureRun. The file owner is our Finance user; he’s not on the SecureRun list, and hence the application will not run. 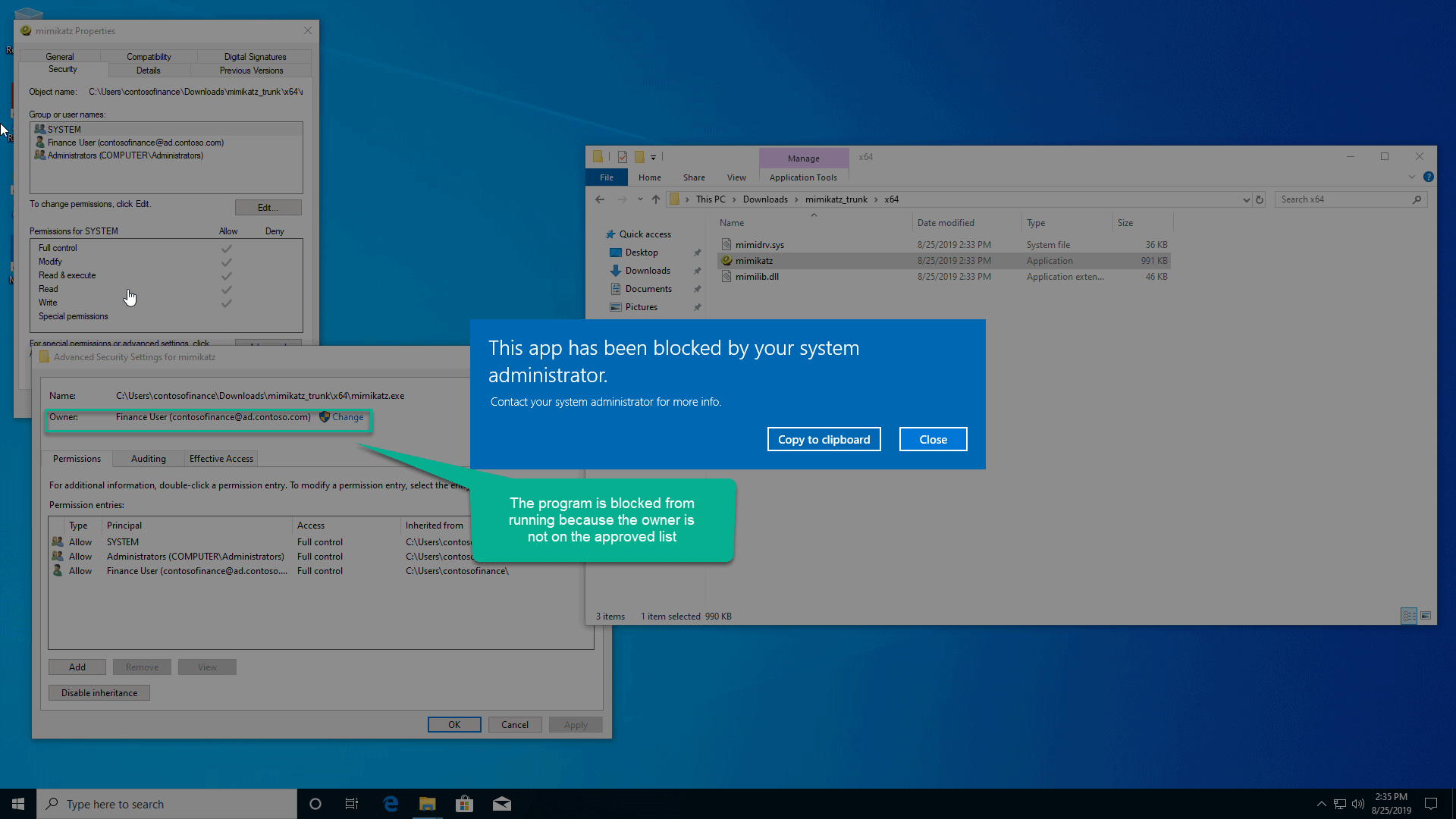 To see PolicyPak SecureRun in action check out this video.

There are many facets to an effective security policy. The main goal is to protect credentials and the data they are used to access.

SecureRun makes it easy for you to limit users to running only approved software. No more complex hard to maintain whitelists or blacklists. SecureRun stops malicious programs, keeping the bad guys out, and keeping your user base running only safe, approved applications. See some videos on SecureRun and Least Privilege Manager https://www.policypak.com/components/least-privilege-manager/