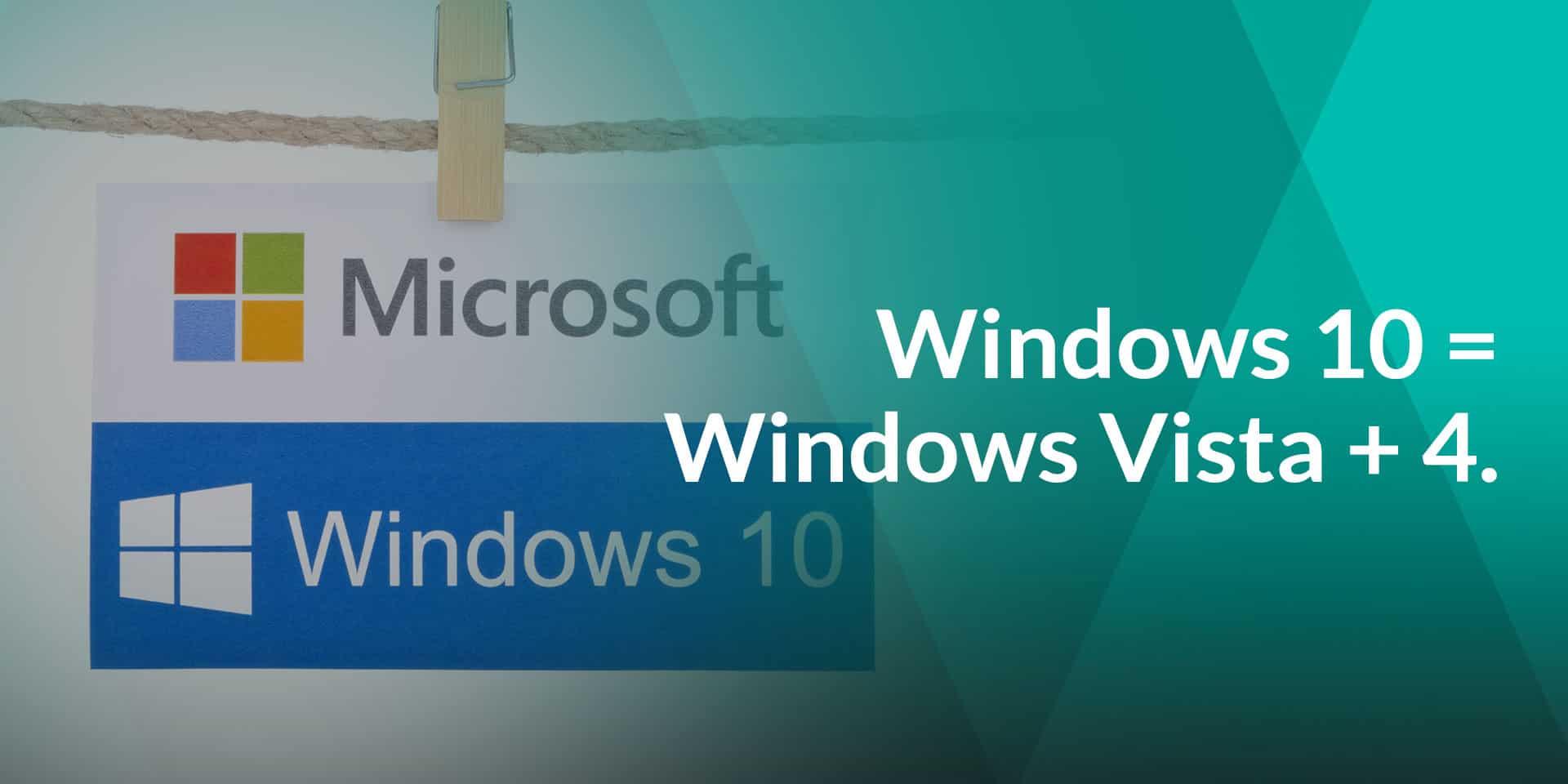 People are asking me “OMG.. as an IT Pro, will I have to learn a whole new world with Windows 10?”

While it’s true that Windows 10 isn’t out yet, I can more or less say the following with a straight face:

Now, when Windows 10 ships, Microsoft’s marketing machine might declare that this is a whole new ballgame.. but, it’s really not from an INTERNAL perspective.

So let’s break it down:

Annd.. What do you think Windows 10 will be? (At least, what is it right now in Preview?)

Here’s what it looks like with Windows 10 Preview: http://screencast.com/t/eYUxZ4Ma

If you want to see all the versions of Windows shipping, you can see this tech note:
http://msdn.microsoft.com/en-us/library/windows/desktop/ms724832(v=vs.85).aspx

Windows 7 made many fine tuned improvements to get to 6.1.

I’m NOT saying there wont be other neato stuff shipping in Windows 10.

I could make some predictions. For instance, Windows Server 2012 R2 has “single instance storage” for files. I’m going out on a limb here, and guessing that Windows 10 will ship with that feature. So if you have the same HAPPYBIRD.JPG 283 times on your machine, you only have to pay for it “once” in storage. (Again: No insider knowledge, just guessing.)

But that’s not a major change.

Heck, if you look at the handful of newest Group Policy Admin Templates settings for Windows 10 Preview, you can see that internally, the “Friendly / Displayname” is still “Windows 8.1 Update 2”: http://screencast.com/t/pPH7tTF8qR

That basically proves that Windows 10 wont be an “IT Pro Game Changer.”

So, if Windows Vista was the real game changer, why aren’t we all still using Vista? If you ask me, Vista’s failure was a twofold problem:

So since Vista was writing all the time (basically, not optimized very well).. and the PCs it was running on were underpowered, you had this one / two combination that made people perceive Vista was “bad”. It wasn’t “bad”.. it was awesome, and you’re still using it, except now it’s optimized as Windows 7 and 8 and running on newer hardware.

As a final quasi-related thing here… what about all this nonsense that was posted on Reddit and widely quoted about WHY Windows 10 (in name) jumped from Windows 8 to 10:

“Microsoft dev here, the internal rumors are that early testing revealed just how many third-party products that had code of the form:

But in Java land, looking for “Starts with Windows 9” turns out to be reasonably common. If you click on https://searchcode.com/?q=startswith+windows+9 you’ll see lots of open source examples where Java is looking for Starts with “Windows 9.”

Crazy. Thanks to John S. of the GPanswers.com list to show me these examples.

Lastly, if you want to dive into this idea a little more from some other angles, I found this almost perfect article from Burke Holland in Information Week: